Are We Really Fighting to Save the Planet? 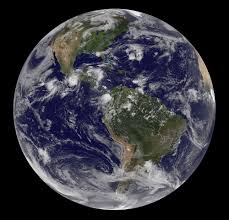 While so-called “climate deniers” are still being put down (this despite more and more people questioning the science behind global warming), it is apparent to me that much of the “debate” is not so much over the idea that our climate is changing, but rather over the effects our activities over the past 100 years or so have had on that change and whether or not the “solutions” as presented by climate change “believers” would really have any of the desired effects….or are simply money-making schemes by the leading proponents/movers behind the idea.

Ok…go ahead and roll your eyes.  Who am I but just another misled, fairly-conservative blogger?  I’m sure most people reading this who consider themselves climate change activists…or at least relayers of and proponents of the proposed “solutions” (carbon taxing, use of alternative sources of energy, etc.)… have at least heard of Derrick Jensen, also known as the “poet of the environmental movement” and author of “Deep Green Resistance.”  I don’t share all of his ideas–particularly his call for a total departure from our present industrial economy and a return of all humanity to land-based economies (as attractive as that sounds), nor his suggestion that Trump and all 62 million of his supporters value our current system more than nature–but he is an eloquent writer and has a way of cutting through a lot of B.S.

In his essay, “The Myths of Renewable Energy”, Jensen states:

“It’s not just Trump and the 62 million Americans who voted for him who value the economic system more than they value the real world. The same is true for Democrats, Republicans, political leaders around the world, mainstream journalists and nearly all climate change activists. They all make very clear their priorities each and every day.

Don’t believe me? Then ask yourself: What do all of their so-called solutions to global warming have in common?

The answer is all of their solutions prioritize this way of life—industrialism, industrial civilization, capitalism, colonialism—over the needs of the natural world. All of their solutions accept this way of life as a given—as what must be preserved at all costs—and presume that the natural world must conform to the demands and harmful effects of this culture. So in real terms, whatever effort that’s going into stopping the harm from global warming is in all truth attempting to stop the harm to the economy, not the planet.

I’ve watched the numbers of posts and ads put out by the many environmental groups increase dramatically over the past few years, calling for support (funding largely) in protecting various areas and species and warning of threats against our natural resources, parks, etc on the part of the government, industry, ranchers, etc.  I also noticed our last president setting aside enormous amounts of land (some of which contain large amounts of valuable resources) by giving them special designations which “protect them” while of giving the federal government policing powers over those lands.  I’ve also heard of various schemes like the one in which Diane Feinstein, D-Ca generated a lot of support for herself as a champion of the environmental movement by arranging the exchange of nearly two million acres of privately-owned, economically-worthless land in the Mojave Desert for the establishment of several new national monuments.  The story beneath the story though is that the desert land was owned by a company in which she and her husband are heavily-invested and it was exchanged for some extremely-valuable commercial property adjacent to a freeway.  Wow!…everyone wins!  Reading these, I have developed a fairly strong skepticism when it comes to the official story lines on these matters.  Jensen points out (in the same essay) another way concerned citizens and activists are often duped:

“This brings us to another way we know we would rather kill the planet than end this way of life. Too much “environmentalism”—and especially climate activism—has by now been turned into a de facto lobbying arm for an industrial sector. It’s a pretty neat trick on the part of capitalism and capitalists: to turn very real concern over global warming into a mass movement, then use this mass movement to advance the aims of specific sectors of the industrial capitalist economy.

If you ask many of the protesters within this mass movement why they’re protesting, they may tell you they’re trying to save the planet. But if you ask them what are their demands, they may respond that they want additional subsidies for the industrial solar, wind, hydro, and biomass sectors.

That’s a hell of a PR/marketing coup. And I’m not blaming individual protestors. They’re not the problem. The problem is that this is what capitalism does. And the real problem is that solar and hydro help industry, not the real world. Do desert tortoises need solar-electricity-generation facilities built on what used to be their homes? Do coho salmon need dams built on the rivers that used to be their homes? How about Mekong catfish?

To be clear, wild nature—from desert bighorn sheep to Michigan monkey flowers to Johnson’s seagrass—doesn’t benefit in the slightest from so-called alternative energies. Sure, in some cases these “alternative energies” emit less carbon than their oil and gas counterparts, but they still emit more carbon than if no facility were built, and they destroy more habitat than if none were built.

This is part of what I mean when I say that the solutions are meant to protect—in this case, power—the economy rather than to protect wild nature.”

Jensen goes on to discuss the environmental damage caused by so-called “renewable energy” development (which many climate activists ignore) and the faulty accounting done on such things as carbon emissions to make alternative sources of energy appear more environmentally- friendly than they are (while making inside investors millions of dollars) and finally issues a call for all of us to step up and fight for our planet.

This brings me back to my earlier assertion that what will really bring about change in our direction is not campaigning and protesting for sweeping government environmental policies while continuing to live as we have most of our lives, but rather a thorough examination of our individual daily choices, purchases and habits leading to ideas about what YOU can do to cut down on energy use (including fossil fuels), to reduce the need for unlimited tapping of our resources– to minimize your own impact on our planet.  Thomas Friedman suggested in his book “Hot, Flat and Crowded” that our energy needs could be reduced by a full 33% simply by increasing the efficiency of our entire system….right down to the individual.  Fight and scream and march as you need to, but in the end, saving the planet really comes down to you.

Follow Just Another Hole in the Flute on WordPress.com